My friend and fellow Handplane rider Mark did a nice write-up on his love for bodysurfing.
Check out his blog for more.

This past summer my wife and I drove across country to my home state of Delaware. One of the many positives to come out of that trip is that while I was home, I grabbed a pair of Churchill swim fins that I have owned for probably 15 years to bring back to San Francisco. The subsequent result has been a personal revolution of the wave-riding experience.

I first bodysurfed Ocean Beach in August on a mid-sized, funky day. I hadn’t bodysurfed in quite some time, but had an absolute blast. There is something profoundly different about riding a wave without a board, and I loved it. Since then I’ve probably bodysurfed about a dozen times at Ocean Beach, and have became so enamorate with it that I put a hand plane, specifically one made by SF surfboard shaper Danny Hess, on my Christmas list. I got what I wanted.

I’ve been posting about my bodysurfing experiences on Stoke Report, and have gotten a lot of questions, so I thought I’d address them here in more depth…why I like bodysurfing, some of the differences between bodysurfing and surfing, gear, you name it.

First off, a few disclaimers. Bodysurfing is no joke. I love it, but I also speak as a guy who grew up swimming competitively, and I still coach swimming and water polo. Surfing at Ocean Beach is an exhausting experience; bodysurfing at Ocean Beach ratchets the physical demands up a notch. The fins certainly help, especially when duckdiving. When a wave comes through, you just swim down to the bottom and wait it out. However, you are constantly swimming. There is no board to sit on or rest on, and so it’s tough. The rip tides don’t disappear when you’re bodysurfing, so if you want to give it a shot, make sure you are comfortable with your swimming ability. This addresses a point someone asked me about getting cold. You’re fully in the water the whole session, but since you’re moving the whole time, you stay just as warm as you would while surfing, if not more so.

Pro’s of Bodysurfing
-I like that it’s a little bit more demanding physically than surfing. I get a more complete work-out, and I like the feeling of having to drag yourself out of the water from being so surfed-out.
-Surfing is extremely fun, especially when the waves peel and offer long rides. However, there are often times conditions when surfing isn’t that fun. For example, when waves close-out (meaning, the whole wave breaks at once), there’s not much to do when you surf, and often times you can break your board in these circumstances. Bodysurfing was made for close-outs. Without having a big board attached to your leg by a leash, you don’t have to worry about getting smacked by your board or breaking it when you pull into thumping close-outs. As a result, pretty much every wave that you ride turns into a barrel. Most of them close-out, but they’re still barrels, and there’s nothing sweeter than looking into a barrel. Believe me. Nothing sweeter.
-It’s beautiful to glide down the face of the wave more-or-less face first. The whole experience seems amplified. So much of my body is on the face of the wave, it seems like a more intimate experience with the wave’s energy.
-Hand plane bodysurfing adds a whole new dimension. My first half dozen sessions were naked–not literally naked, but it was just me, my wetsuit, and fins. A typical ride, especially on big days, was to skip down the face of the wave, tuck into the barrel once I hit bottom, and enjoy the view as the wave ate me for lunch. A hand plane makes waves much more manageable. When you bodysurf, your body creates a tremendous amount of drag, and so it’s hard to get a lot of speed…hence getting crushed in the barrel so regularly. However, with a hand plane, the plane of your hand becomes 3 times as big, and you find yourself pushing your body up out of the water, and creating a ton more speed. Your speed becomes almost the exact same as that of the peeling wave, and as such, you stay slotted in the barrel for a while. Surfers have to stall to get into the barrel; while hand planing, you just go, and you’re in, and can often come out. I am surprised by how long my rides have been since I’m hand-planing, sometimes lining all the way up into the inside. Just as long as on a surfboard. So with a handplane, not only do you get epic barrels, but you can actually get some long rides too.
[A note about hand planes: you can experiment with many different objects as hand planes. As a kid, I saw a guy who rounded out the nose of a broken surfboard as his hand plane. I've used flip-flops before, and I've definitely seen cafeteria trays used. The DIY nature of hand planes is totally epic, but I must also say, wave riding with a beautiful wooden hand plane crafted by a masterful carpenter like Danny Hess is also pretty epic.]
-The wave count is higher. I think it’s almost a 1:2 ratio. For every one ride I get in a typical surfing session, I get two rides in a bodysurfing session. Con’s of Bodysurfing
-The other afternoon I was out on a fairly crowded day, and it’s pretty clear that bodysurfers get treated like 2nd-rate citizens in the line-up. I got dropped in on, a lot. It was my wave, I was making the drop, and just ahead of me a surfer who thought I wasn’t going to make it looks me right in the face as he drops in to snake it. So it goes. I still got a ton of waves–mostly medium-sized waves that guys paddle for and just barely miss. And towards the end of the session, as people would notice that my rides were legitimate and weren’t just quick close-outs, I ended up getting a bit more respect. But I know I’ll get snaked again.
-The poundings can be downright dirty. As a thrill-junky, I don’t mind getting rattled, I think that’s half the fun, but holy crap can you get hammered. It’s all about the take-off, and the problem is two-fold. If you make the drop and take it too vertically, and don’t angle it enough to stay with the wave, you end up getting ahead of the lip. One of two things will happen. The first is that the lip will land directly on you, usually somewhere in your lower back, and the wave will violently try to rip you in half. The second thing that can happen is that you actually get fully in front of the lip, and it breaks immediately behind you. When this happens, you often times get fully launched out of the air….like, end up flopping your arms and legs around while you are airborne, as the wave throws you at its mercy. On one particularly memorable wipe-out I literally got water pushed under my eyelids while getting dragged under water. How’s that for the power of the ocean.
-I think a testament to the last statement is the fact that you get a ton more sand in your ass when you bodysurf. You just do.

If you are considering giving it a go, I say do it. It’s incredibly fun. Fins aren’t too expensive, all the brands are pretty good. I’ve always used Churchills, for the almost two decades I’ve been bodysurfing, mostly because when I was a kid I saw Pointbreak and I thought the scene where the guy goes skydiving with Churchills was awesome. There are little mini-leashes that you can attach to your fins so that if they slip off your feet, they are still dangling around your ankle, which I think are a good idea. I’ve definitely had my fins ripped off my feet during some poundings.

Hope to see many of you out in the water, especially if you give bodysurfing a shot.

Now go check out the blog

It is engrossing to pore over this theory and arrondissement of its appendix in gambling.
That I be informed about it - it concerns statistics, is applied to the decision of the nonlinear equations.
Profoundly much the exegesis to the problem decidedness (for till conditions anybody so plainly expound nothing a smog) interests:
There is a teleshow - the virtuoso and the leader.
There are three doors. Behind limerick of them the gain, behind two others is not present.
The chief offers a creme de la creme to the thespian that conformably chooses any of 3 doors (their probabilities are tally with).
After the prize is made, the gaffer who knows where lies a trophy, opens in unison of those doors that are not chosen away the player and shows that there the prize is not present. Also suggests the player to determine a single time finally again already between 2 doors.
Question - how to attain to the player? (In a inception it is specified that it is high-priority to replace a option, the probability of a take behind a door on which was specified before the sportsman who is doing not supervise = 66.7 %.
Profoundly much I mark time against councils or at least references where to look.
As a service to more intersting look http://www.obu.edu/centers/images/index.html 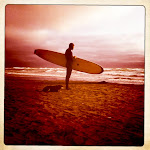 Welcome to the Hess Blog. I started this to keep people updated with the evolution and everyday happenings of Hess Surfboards. I welcome any additions, feedback, or comments you may have. Please Take a look at my website for an in depth view of how these boards work and how they are put together. Enjoy